Yggdrasil Gaming may not be the biggest game providing company for real money games, but they’ve managed their business in such a way that they’ve gained respect throughout the industry. Founded in 2013, in such a highly regulated and competitive industry, Yggdrasil had put policies in place that drove their business high and enabled them to provide exciting games for some of the world’s biggest and most reputable no wagering casinos.Yggdrasil take pride in their graphically perfected online slots, but also offer table games and bingo. As expected from a Scandinavian developer, you will get a high Return To Player (RTP) and decent volatility from all their games. So it’s not just fun, it’s also possible to win big.
Top 15 No Wager Casinos with Yggdrasil slots
Try a better new cashback casino with 20% return every week.

4500+ games
9 rating9
Read Nomini Review ››
Rather than sending you to sleep, Dreamz casino will keep you up all night!

7
1st Deposit bonus: Cashback on every bet, won or lost. No limits. 110 free spins without wager with €55 deposit.

3000+ games
8 rating8
Read Fastpay Review ››
No Wagering Casinos are glad to present the best bonus and top no wager site for 2020, Boom Casino. Screenshots from some of Yggdrasil’s casino games

Photos from highly sought after Yggdrasil slots, such as Nikola Tesla’s Incredible Machine and Joker Millions are featured to the right. How could Yggdrasil be introduced?

Yggdrasil has set their game in such a way that players require critical thinking and techniques to beat their software. This software developer always has something new to offer, which is as a result of their continuous effort to cement itself as a top developer in the game.Yggdrasil has gone miles to ensure that they set a standard in the gaming industry. Their titles are now getting attention and becoming popular because they built them on interactivity. Yggdrasil has won four EGR Awards for its advancement and quality that has been added to the gaming industry. They’ve also won four gaming awards where they were crowned innovators of the year three times.The company’s team of engineers and designers all work from their headquarters in Malmo Sweden. These engineers and designers tell a story that involves the players then invite these players to test the experience. Why consider Yggdrasil for your online slots?

Yggdrasil focused their effort on their stories. Their games are focused on their interactivity with the players. By using stunning 3d graphics, they’ve captured the heart of their players. Also, through an extensive list of features that can’t be found anywhere else, they set themselves aside from other companies and prove themselves to be a development company with the mind of the players at heart. Finally, they have one really popular jackpot game called Joker Millions. Here, they often pay out casino jackpots above €3 000 000. Yes, you read that correct.

What does Yggdrasil stand for?

Yggdrasil was formed based on doing things more differently than it is done. They built their games around interactivity, I.e., players interacting with the games throughout their gaming experience. Their management made the company to offer alluring game titles that tell a story while it’s played. So, players feel involved while playing the games.

Yggdrasil has built its products on innovations. They’ve invested heavily in technology to make the playing experience of their players awesome. While other developers were still on Flash, Yggdrasil migrated their games to HTML5 and added an in-game boost feature to make the game more interesting for the players.

How is Yggdrasil different?

Apart from their attractive display of games, Yggdrasil also has a fan site where it posts demos of its game before they go live for player testing. They promote this fansite and encourage their operators to do the same because this site enhances the interactivity of their games and keep their fans updated on the progress of any new game and other necessary information through their client zone.

Where can Yggdrasil improve?

Though Yggdrasil has built its business to a standard where it’s most revered by other competitors, there’s still a need for improvement in the quality of their games to meet industry standards. It is believed that they know this and would be working on it already. So watch out for Yggdrasil as they make this move to conquer the industry.
Casino News 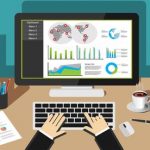 Non Wagering Casinos: How Players Have Refined Their Search
3 year(s) ago 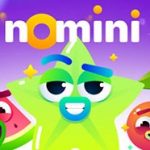 Interview with Mary at Nomini's Cashback Casino
3 year(s) ago 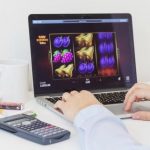